Polling the people: Splatter mani comes out on top

Today on Instagram I decided to take the opportunity to unload some of my old unpublished mani's. I have quite a few... it's kind of stupid actually. I don't know why, I guess I never got around to posting them and then when I thought about it I was like ermmm.... these are fugly now. In other words, the mani's were done either when my nails/nail care was crappy, before I got my new camera, or after I got my new camera but had no idea how to use it.

So I threw together a couple looks, the theme being 'how to wear chrome', and asked my followers to vote for their fav mani out of the 4 looks that I would post by itself:


For some background, all but one of these designs was done months ago. It's pretty obvious which photo was taken more recently (#1) given my healthier looking nails and cuticles, and the length. Look #2 and #3 were done in May of 2014, and look #4 was done in April of 2014, and was actually published here.

Very briefly, the four mani's are:


So what did the voters choose? Mani #2: Splatter nails! 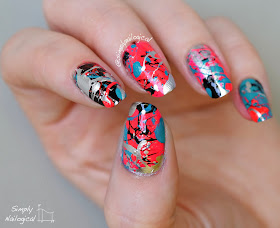 Since I did this months ago, there is no tutorial and I'm definitely never ever doing splatter nails again. So stupid messy. Plus the polish would probably spray all over my fancy camera, not cool. Proof of messiness at the end of the post.

Very broadly, I started by painting each nail with a different colour base, the thumb and ring finger being the chrome base. Then I used four different straws, dunked each of them into a polish (one at a time obviously) and blew from the other end and watched in horror as the polish went EVERYWHERE. Literally, actually everywhere. I did this for each colour on each nail that wasn't already the base colour. I finished off with a quick dry top coat, which I immediately regretted because it caused shrinkage of the polish, notably the chrome... damn you Seche Vite! See exactly what I'm talking about at the end of the post. 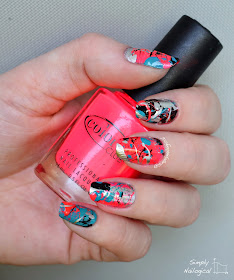 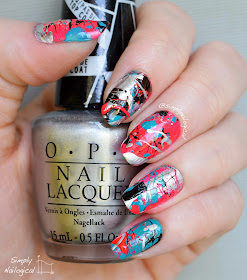 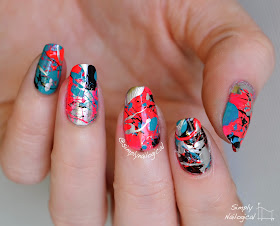 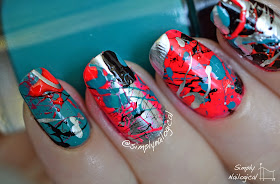 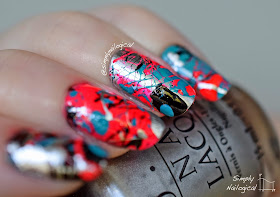 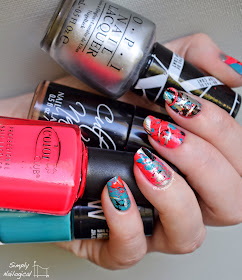 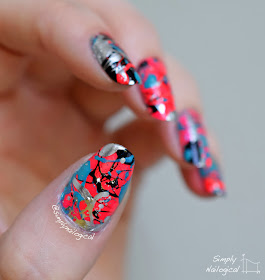 So I totally acknowledge that OPI recommends no top coat on their chrome polish, but I have used other top coats on it and this shrivelly nightmare has never happened. I'm pretty sure that the only reason OPI says 'no top coat' is because it diminishes the reflective properties of the chrome polish. I didn't really care too much about it being capable of showing my disgusted face (at the sight of my table), so I dulled it a little with top coat. Then this happened. One of the reasons I don't use Seche Vite anymore, and instead have fallen in love with Glisten & Glow HK Girl top coat. Read about my first real testament to this godly quickdry top coat here.


The definition of a mess. You should have seen my hands. Death to you, splatter nails. 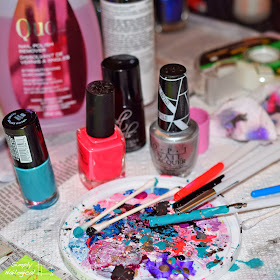 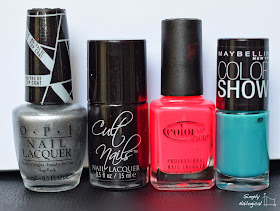 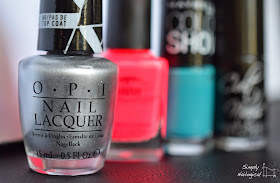