That's it, I'm making a lifestyle change! Last week I did some chocolate nails and I could just feel the chocolate seeping through my nails and into my body stream and I was like YUCK MY NAILS ARE SO UNHEALTHY, gross! Now it's time to fix this and feed my nails some 100% ethically sourced local organic vegan responsible organic veggie goodness. Did I mention these nails are organic? And vegan? They're vegan. In case you didn't get the message, LOOK AT THEM, THEY ARE VEGAN, AND YOU SHOULD BE TOO. I'm responsibilizing you. 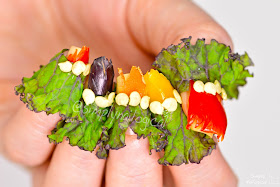 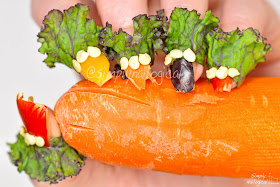 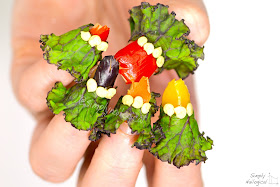 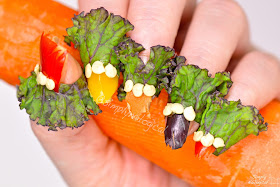 Btw if you didn't infer this already, these nails are an April Fools joke. Don't believe anything I say on this day, but maybe also don't believe some things I say on other days...? :)

*Imagine this post was actually sponsored by vegetables. I would let them pay me for this, and then I would go out to dinner with the money and order a big juicy medium-rare charred tender.... carrot.
simplynailogical at 5:30 am
Share