Today's mani is 1.5 months in the making... not because I actually spent 1,056 hours doing it, but because I leave far too manis hanging out in my 'to edit' folder and hence I am the worst person ever to do a #bestietwinnails with. Tracey of @missbellatracey on Instagram puts up with my slow-pokeness as she is a true Saint and so here we finally are today with our meticulously planned out drunk kitty construction manis!

There is no tutorial for today's mani because I literally did and redid the nail I was filming at least three times as Tracey and I were up late one evening kicking eachother (er, Kik) re-strategizing our plan of attack, layer orderings, and other important matters. I gave up on filming because I kept changing my mind anyways so had I made a video it would have made absolutely no sense. 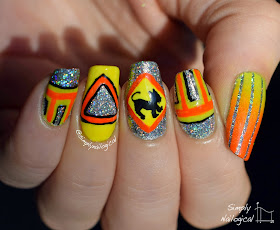 Why drunk kitty construction, or drunk kittens crossing you ask?! Cause we insane! I can't remember how this idea came about, we were pretty much inspired by absolutely nothing except our wild and often inappropriate imaginations. My kitty is so drunk it looks like a lion/rat hybrid. Construction vest yellow and orange with silver holo really make this colour scheme a winner though, amirite?! 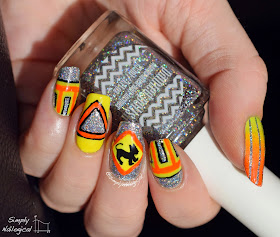 Macro even though my kitty does not look like a kitty at ALL. Lion/rat hybrid, yep. 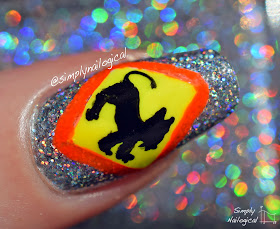 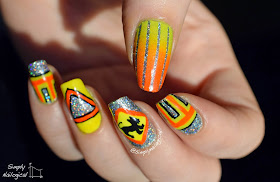 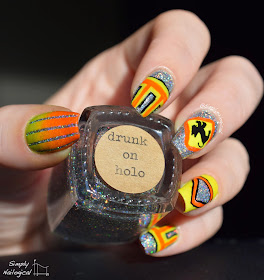 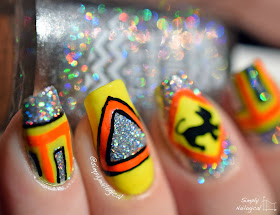 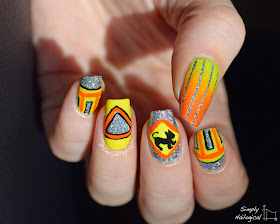 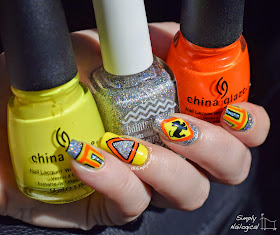 These next two pics were taken in my light studio instead of direct sunlight (as with all pics prior): 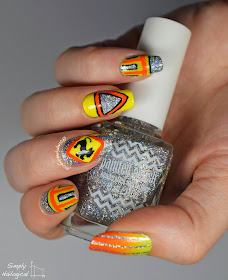 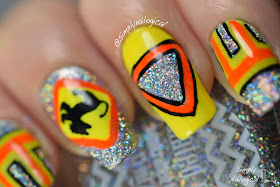 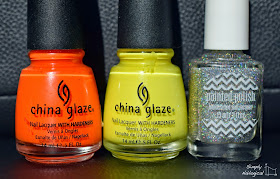 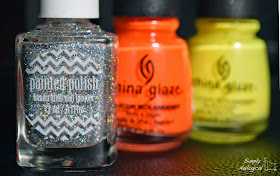