Back to shorter nails for this post (no, I did not cut/break them again, I just did these in mid-January and haven't had a chance to edit them until now - so sue me). The 'Fatal Attraction' trio consists of three polishes by Glam Polish that are exclusive to the Hypnotic Polish shop. What an interesting colour combo! I was immediately drawn to the two darker ones as their finishes are a bit more complex in terms of varying micro-glitters. Sparklies!!! Unfortunately this doesn't really translate on the nail, so the epic appearance of the polish in the bottle is kind of deceiving :\ 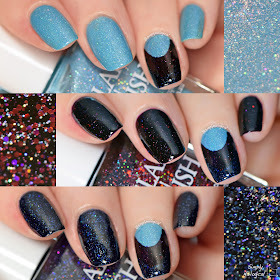 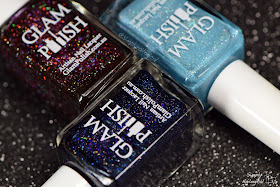 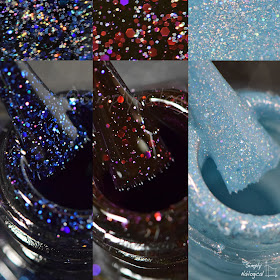 Do you know how hard it is to line up bottles like this and crop it like this?! DO YOU?!?! 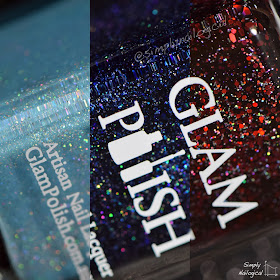 First up, Moonless Night! This dark sexy navy blue consists of silver holo microglitter, navy holo glitter and blue flakies all dropped in a dark blue jelly base. The magic you see in the bottle doesn't really translate on the nail... my assumption is that the jelly just covers up those epic glitters that are sticking to the insides of the bottle of the actual polish. This is 3 thin coats! 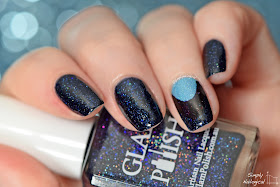 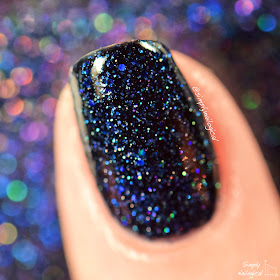 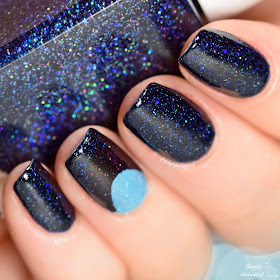 A softer polish in the trio, here's Break the Ice. It's a baby blue scattered holo with silver holo micro glitter and silver and blue glass flecks. This one is pretty true from bottle to nail, but it reminds me a lot of other baby blue holos I've seen. Nothing too unique about this one, but if you don't have a baby blue holo already, this formula is great! Was fully opaque in 2 coats but I used a third for extra-even brush strokes. 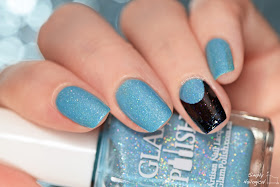 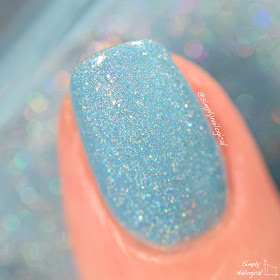 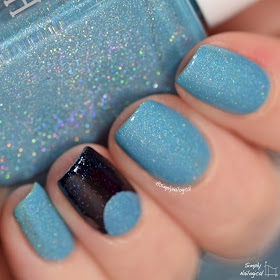 The last one is a deep vampire-blood-ish red named Dark Desires, and man does it want to suck your nails. It's a deep red holo micro-glitter in a dark burgundy jelly base with varying sizes of red holo glitter throughout. This is three thin coats. To be honest in the bottle it looks 10x more epic (brighter and sparklier), and on the nail the holo-ness of it kind of disappears and the dark jelly takes over. 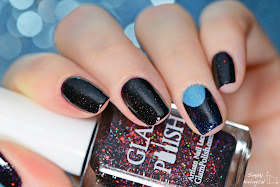 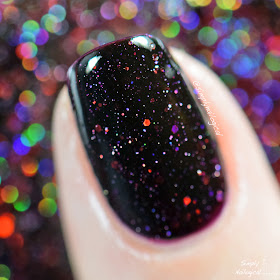 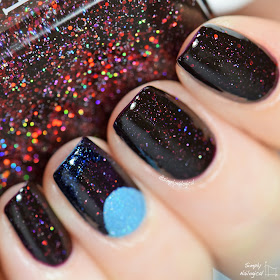 I was curious to see if the glitters would pop more through the dark jelly if mattified, and unfortunately they don't. Womp womp. 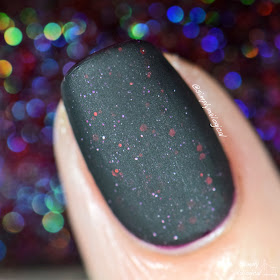 I used the 'Reina' nail vinyls from Twinkled T to create this simple curved colour-block thing going on - stay tuned for a quickie tutorial on Instagram! 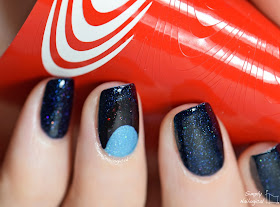 Group macros of the whole collection and the accent nail: 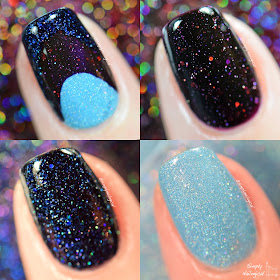 Overall the polishes as presented in their bottles really drew my attention: the colours are a unique combo, and I especially love dark holos! However they didn't translate in equal holo/sparkliness on the nail due to their jelly consistency and so I'm not a super fan of them. They were fun to shoot in the bottle though ;)

This 'Fatal Attraction' trio by Glam Polish is currently available from Hypnotic Polish - all three can be bought individually if you were really set on just one or two of them!