Mentality jelly chromes - put the shimmer in your spring!

These three new Mentality 'jelly chromes' are from Harlow & Co., an international indie nail polish store! They have an awesome selection of the other Mentality jelly chrome polishes, including the darker 'Tetrachromes' line! So basically I gather that they are jelly-ish in texture cause they a tad translucent on the first coat, and they are chromey because of their reflective shimmery glass-like flecks? I think? I don't even know, juST LOOK AT THEM OKAY.


I know so pretty and angelic and springy and shimmery and hard to explain right?? Who needs words, here's some more pics.

First up, Blast! Described as a "green matte jellychrome with glass flecks that shifts red-purple, red, orange, to yellow", I'd say it has a more predominant pink-purple shimmer to hit when it hits the light, but okay! Either way it's a token seafoam green with iridescent pink-purple shimmer that everyone needs in their collection. Formula was smooth and wondrous, as with the others in the collection (or at least the three I have here for ya). 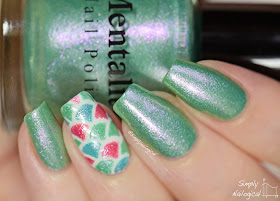 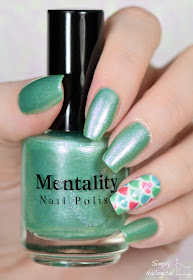 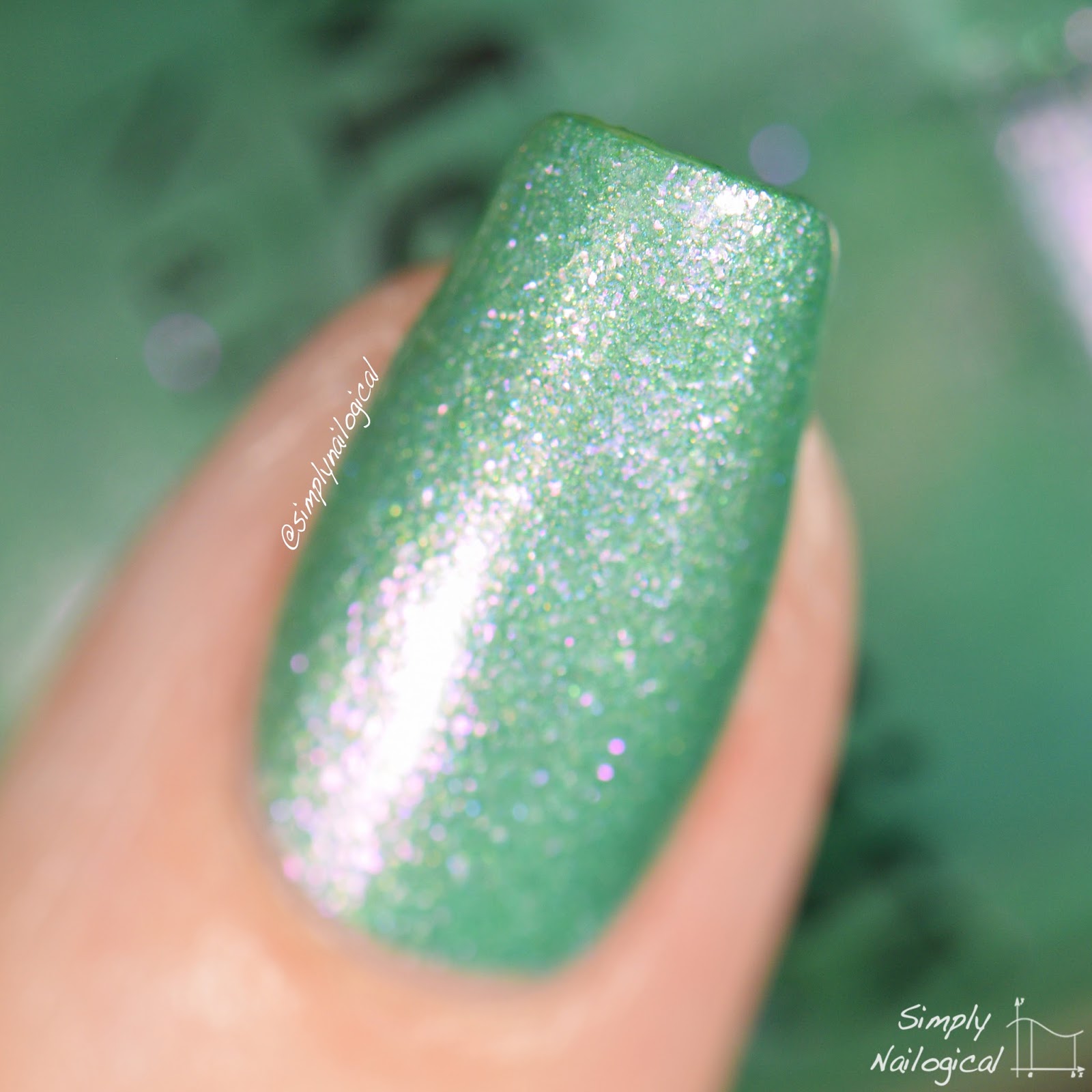 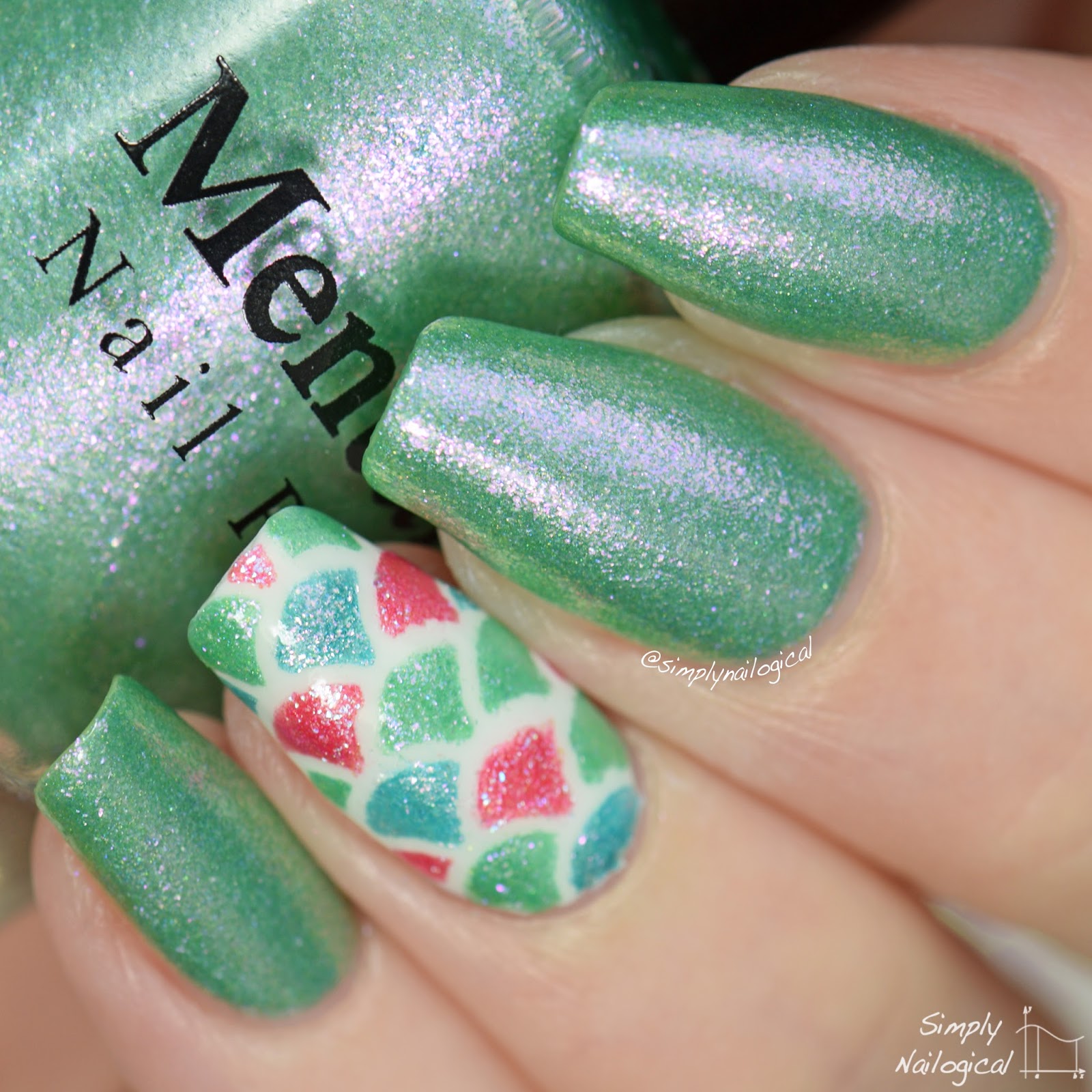 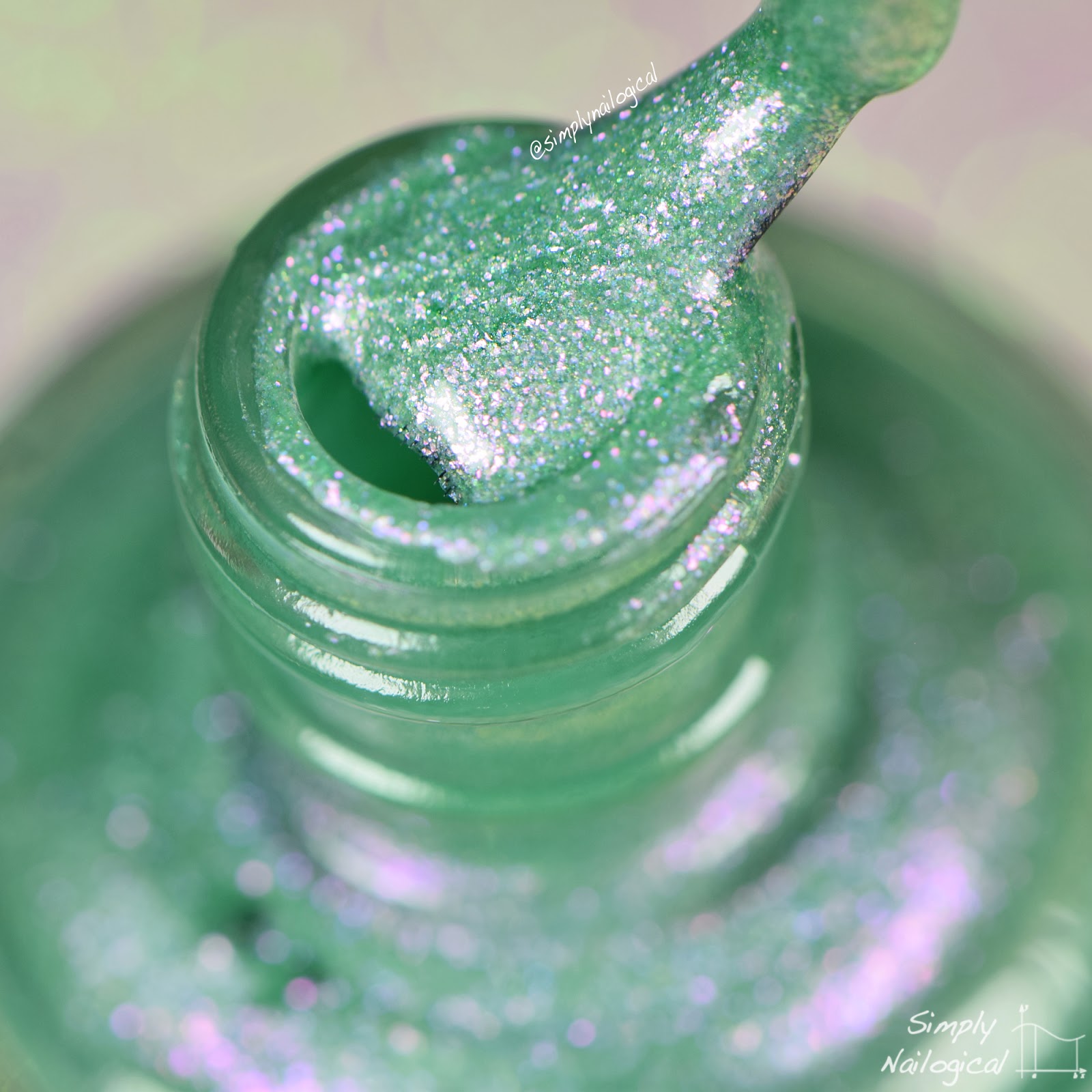 Next up, Shindig, which is pretty much Blast's baby blue springtime twinsie. It's described as an "aqua matte jellychrome with glass flecks that shifts red, orange, yellow, to yellow-green". Looks pretty blue to me, like an aqua-learning blue I guess, and it has the same pink-purple iridescent shimmer throughout. Love this one one too ahhhhh!! Mermaids are rejoicing in a magical cave filled with shimmering sea weed right about now. 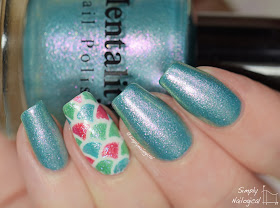 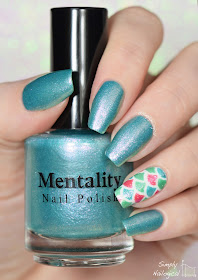 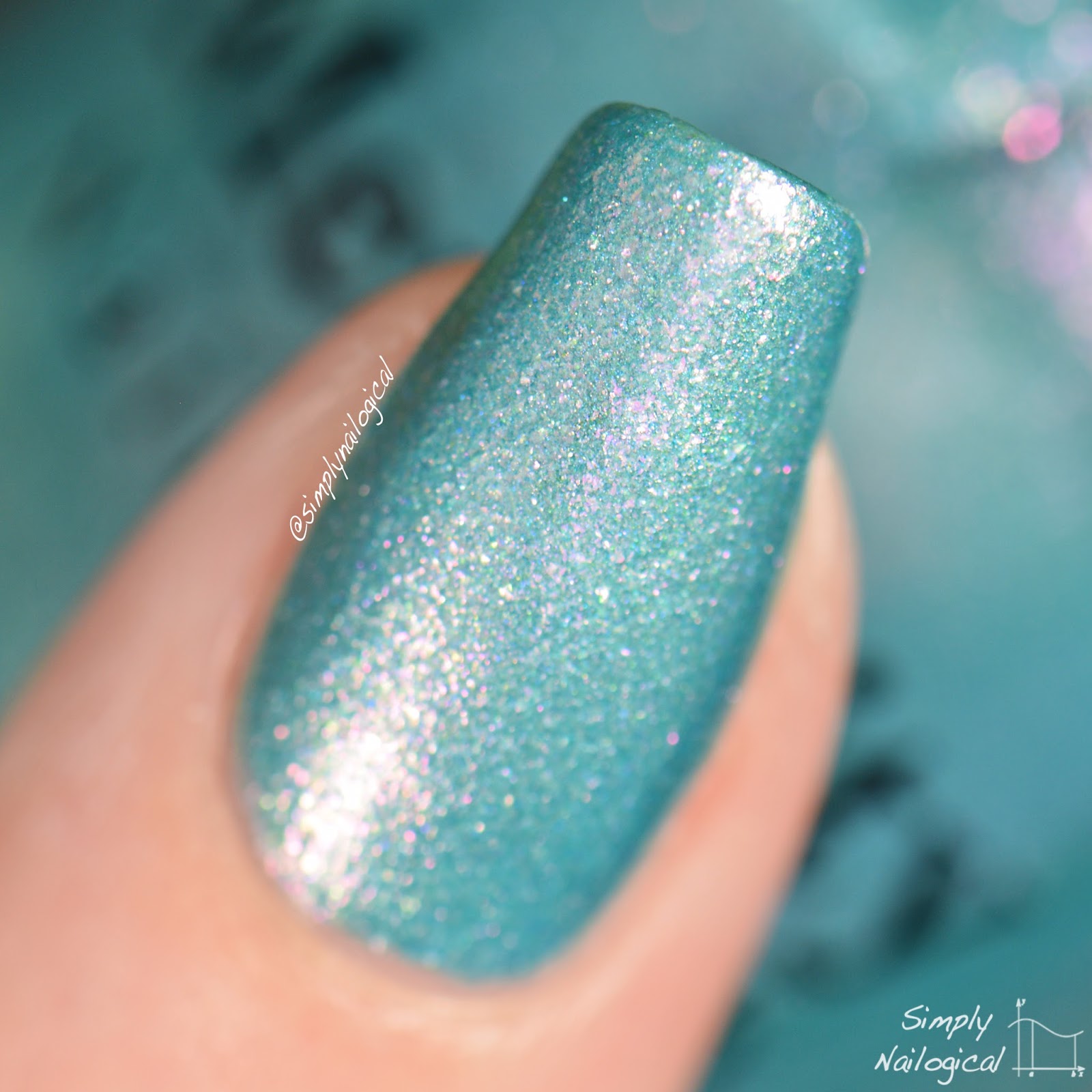 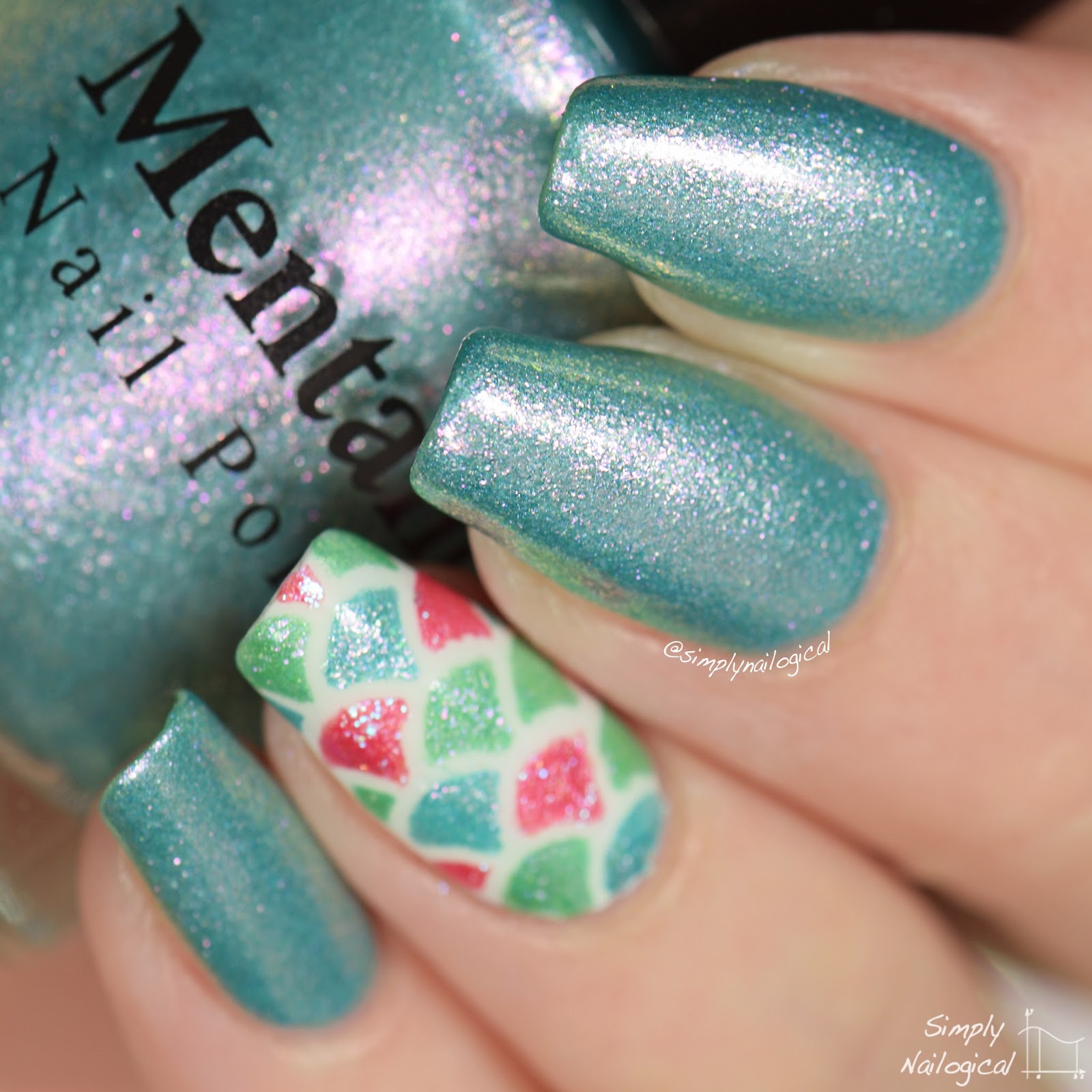 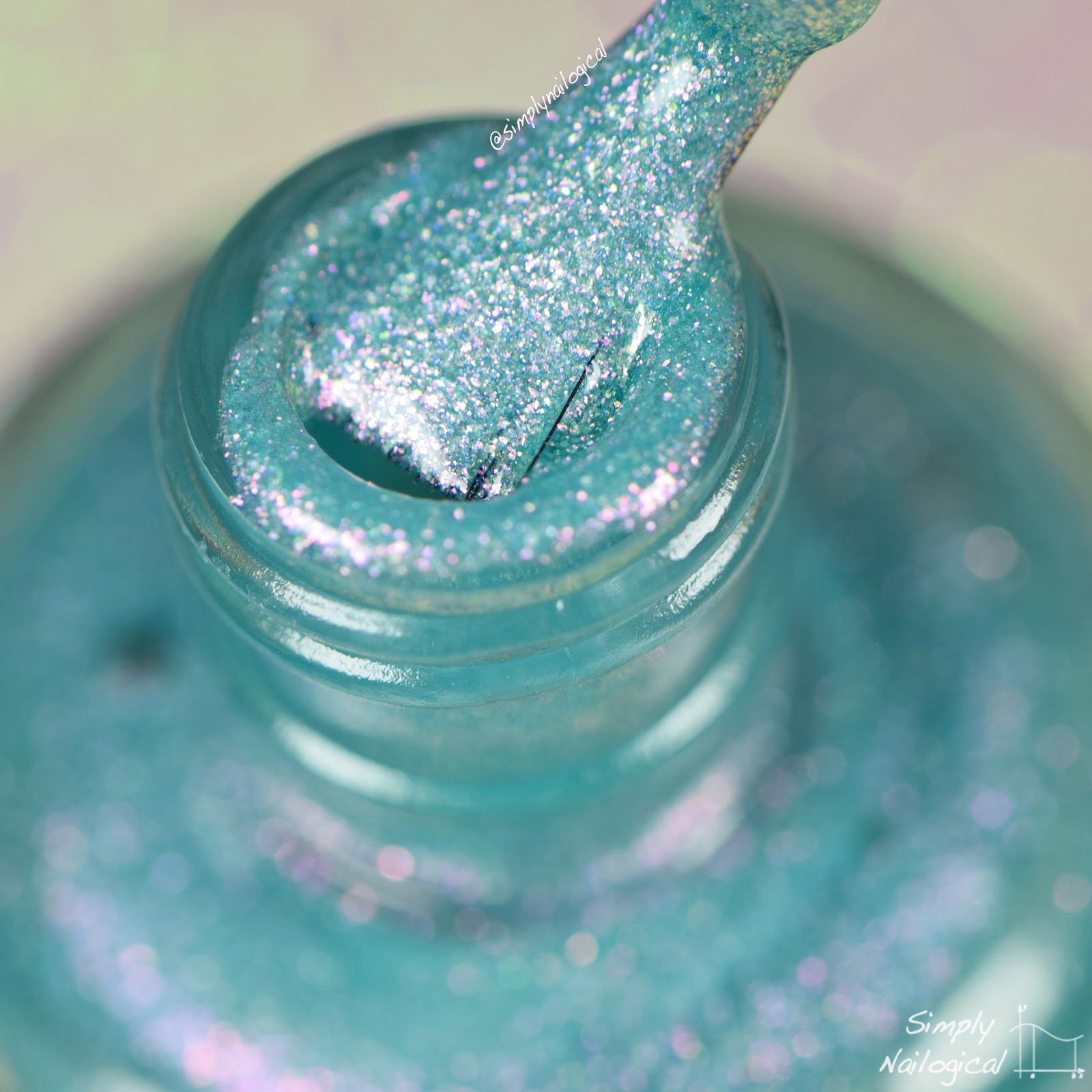 Last up, to round out the sea creatures colours, we've got Hoopla, a vibrant pink jelly chrome. She's described as "red toned pink matte jellychrome with glass flecks that shifts blue-green, blue, violet, to red". Red-toned, what?? Isn't pink by nature red-toned?? lmao. Whatever, IT'S PRETTY LET'S NOT ARGUE. 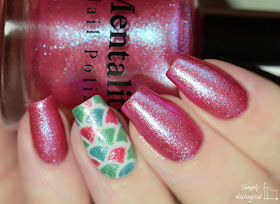 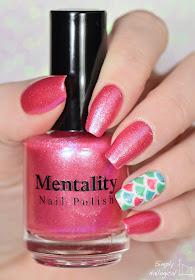 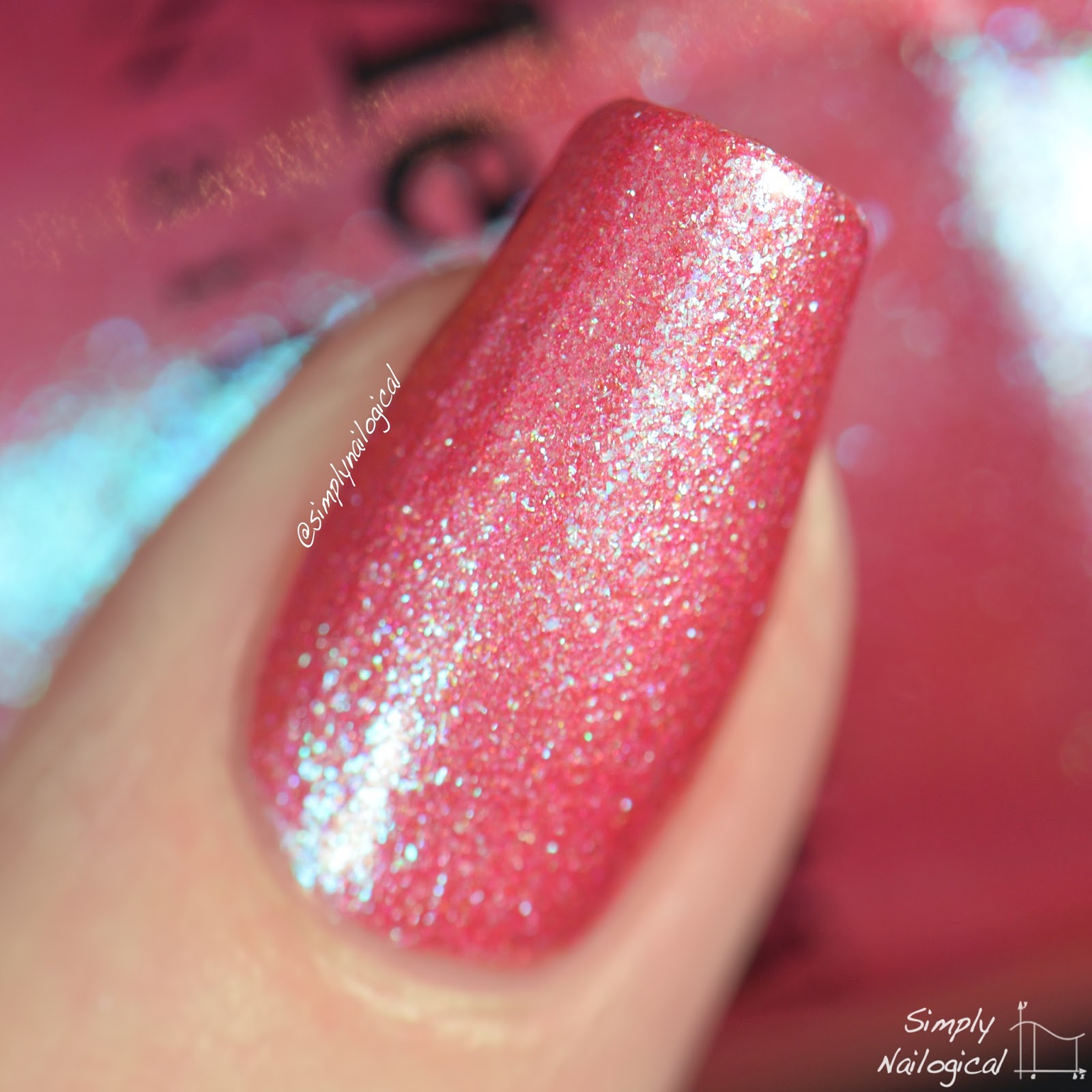 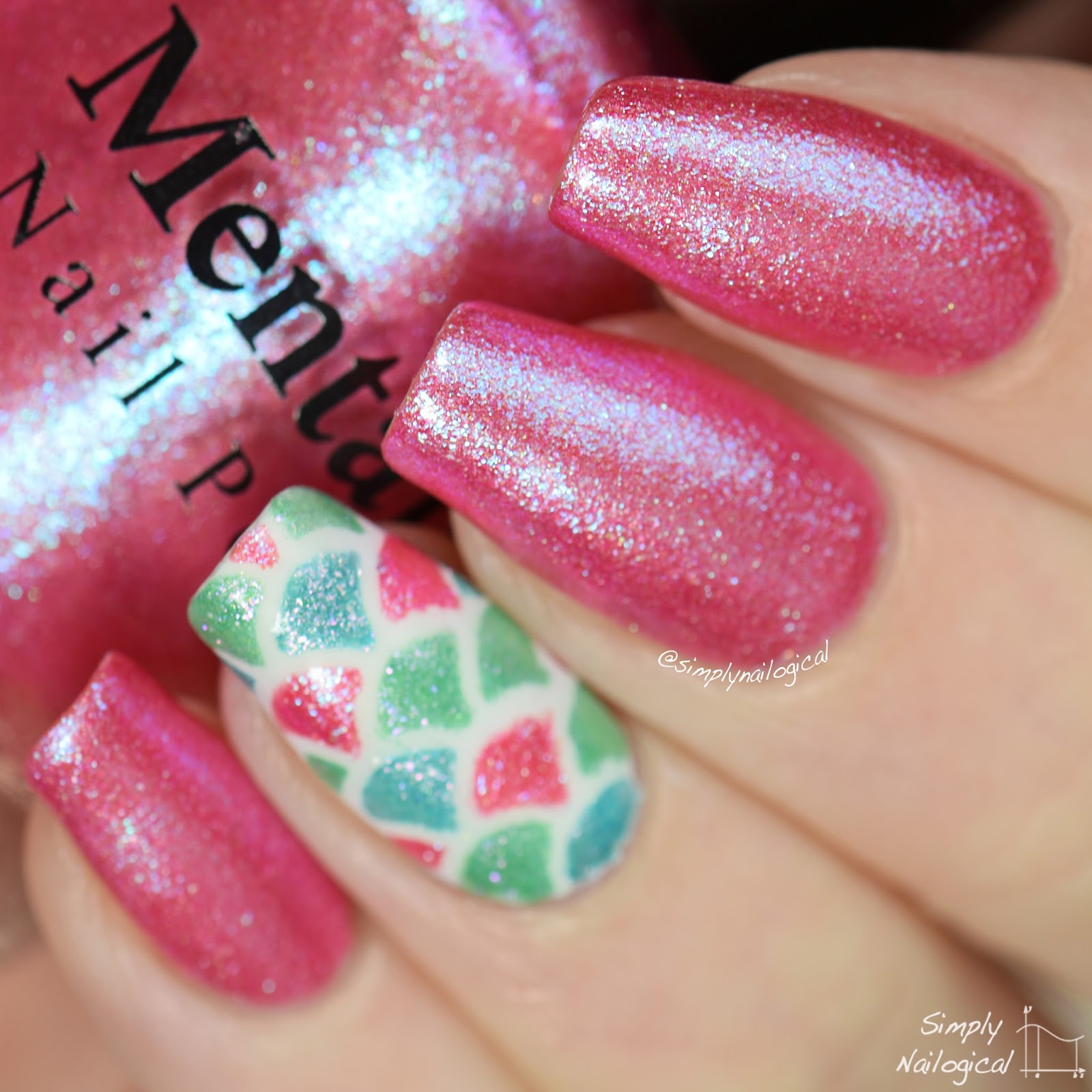 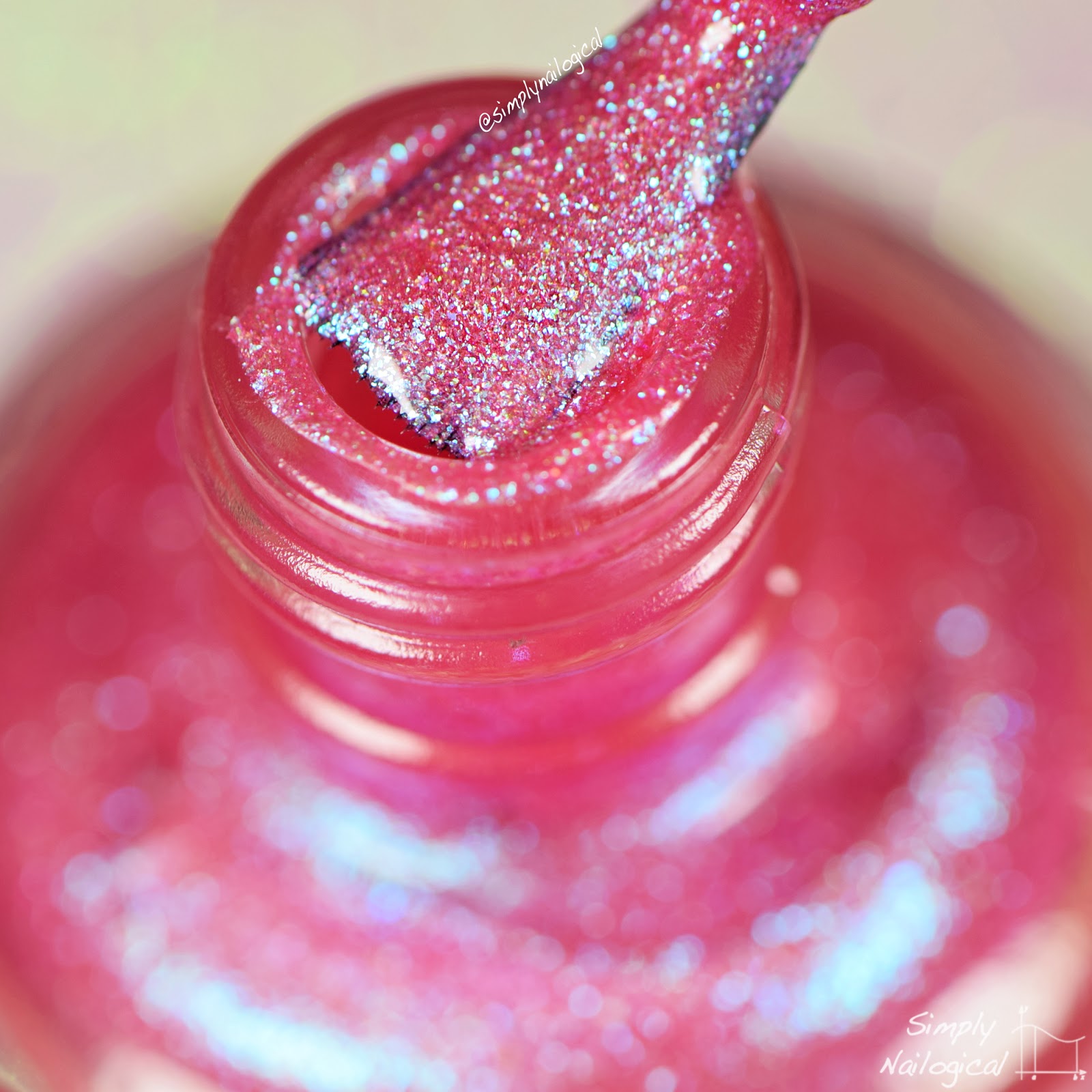 Here's a closer look at my accent nail - I used a mermaid nail vinyl from Twinkled T to make this super easy mermaid look. Remember to use my code SIMPLY for 10% off your entire order, woop woop! Their prices are super fair to, the vast majority of the sheets are only $5! Rejoice cause it'll only cost ya a fancy latte!!


Overall I loved these three polishes and their consistency makes me think this whole collection is a hit! They are definitely unique and shimmer like nothing else I've seen before in a translucent multi-dimensional jelly kind of way. They even work well over white as you can see on my accent nail! You can get these and even more colours including Mentality's dark jelly chrome line called the 'Tetrachromes' from Harlow & Co., their main international distributor! They are available right meow ;)