It's galaxy time yaaaaasss! After that epic climax of ILNP ultra-chrome flakies a few weeks ago, you didn't think I was going to leave you hanging, did ya??

This week's weekly nail art challenge (co-hosted by Kristin of Lacquerstyle and Tracey of @missbellatracey on Instagram) is all about galaxies, and the theme is matte. Normally I throw rave parties over matte flakies, but I think I have succumbed to the glossy version on this one!! I know I know, "matte all the flakies" lovers everywhere are crying. 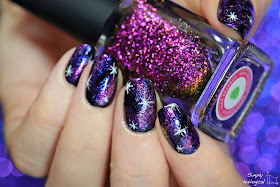 I used two of the new ILNP ultra-chrome flakies in this mani (Neon Rosebud and Atlantic), neither of which I have swatched yet, teehee - that's just me getting ahead of myself and jumping right into nail art. 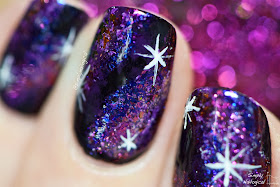 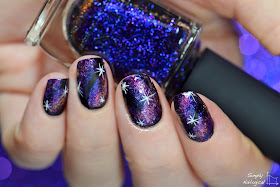 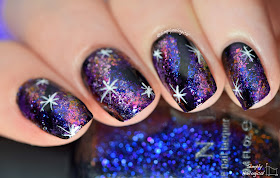 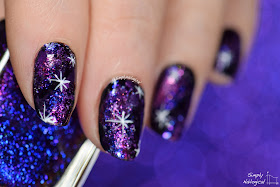 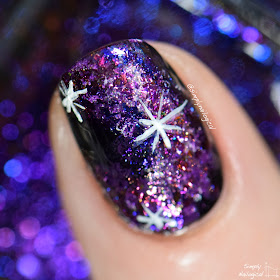 And now, for the metafiction using my fav matte topcoat, Essie's 'Matte about you': 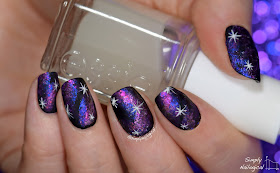 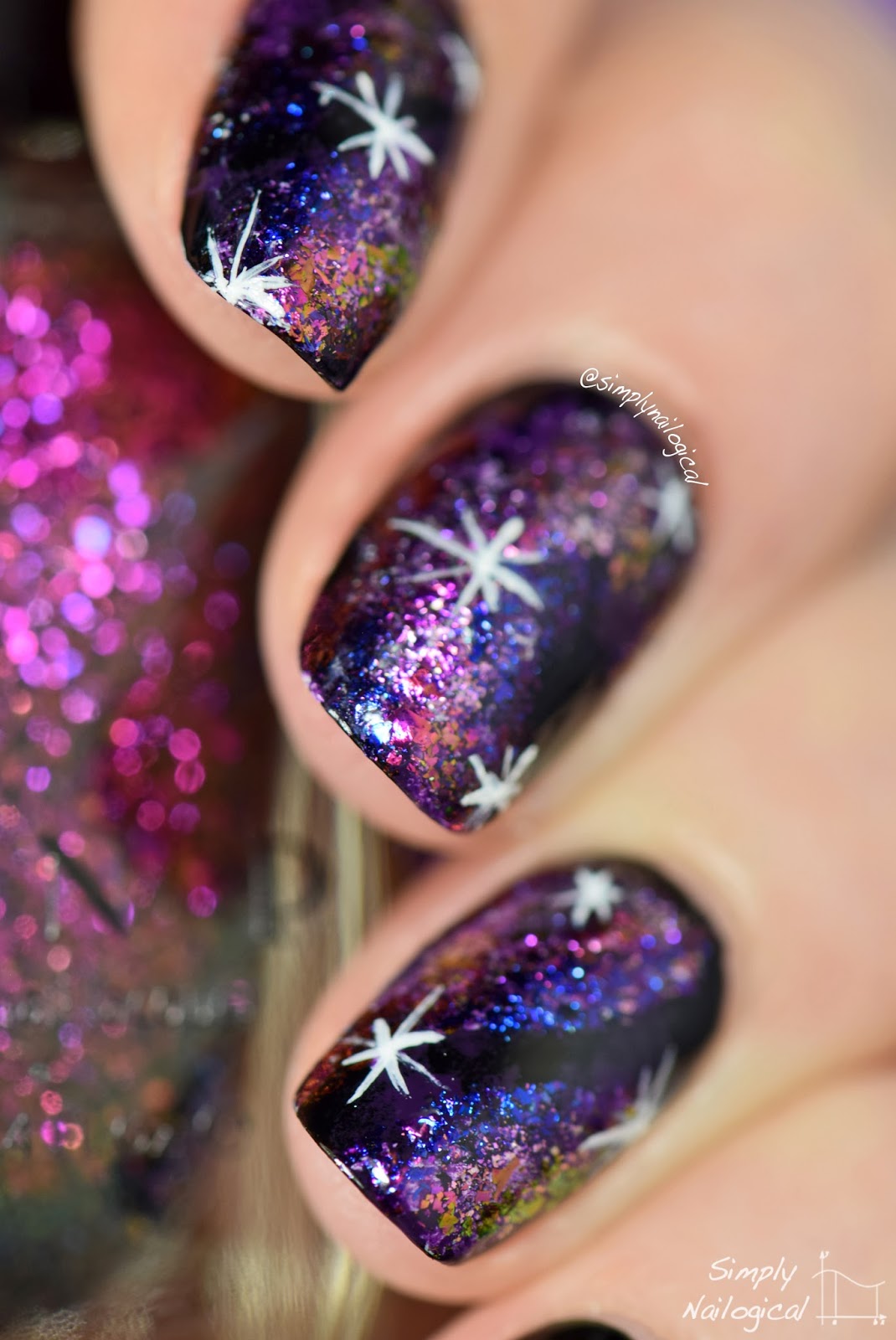 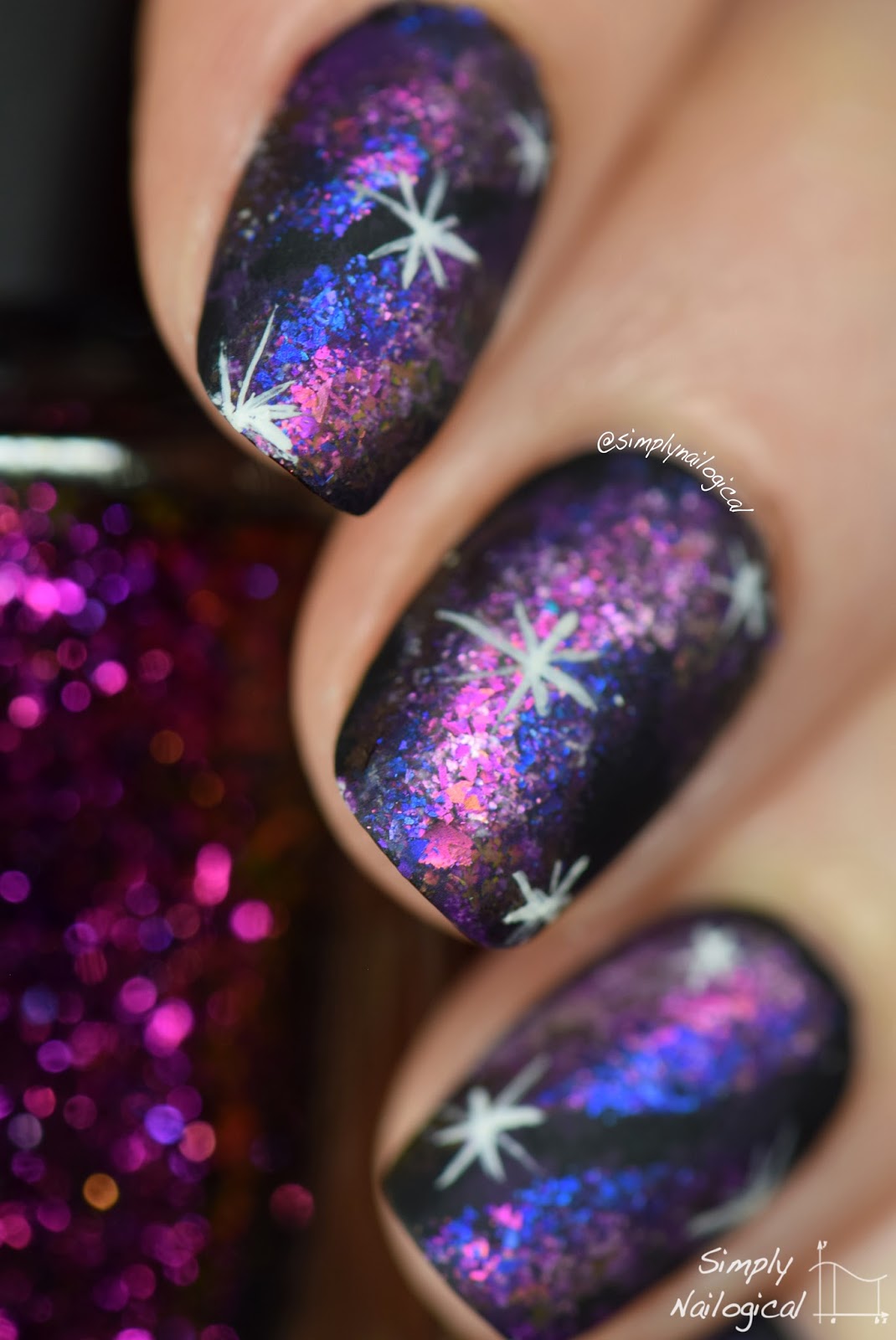 I gotta say overall the matte ones give the flakies SO MUCH DIMENSION IT'S LIKE I'M ACTUALLY IN OUTER SPACE but they make it look cloudy, and space isn't cloudy... is it? 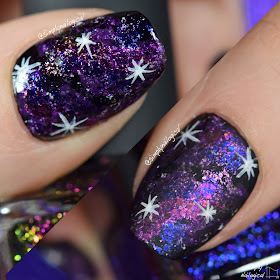 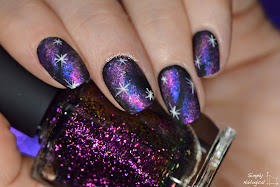 I used a technique similar to the "seafoam sponging technique" where I use a ragged corner edge of a makeup sponge and sponge on the polishes. In the end I didn't even need the white acrylic paint nor the dark purple creme polish to be sponged on did I... the flakies took over... FLAKIES ARE TAKING OVER THE WORLD.

You can grab your own ILNP flakies from ILNP's store! 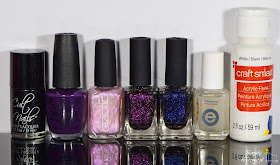 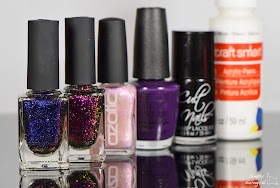 *ILNP flakies used in this nail art were provided by ILNP for my impartial review.
simplynailogical at 2:35 pm
Share